KY Sheep and Goat Development Office A few weeks back, Dr. Meg Smartjoined us on the Sheep and Goat Radio Hour to talk about her blog, The Amazing Goat http://theamazinggoat.blogspot.com/ Today she sent me a copy of her book - Thanks Dr. Meg! Order yours online from Amazon.com or Barnes and Noble.

I will not go into much detail as The Maryland Small Ruminant Page has an excellent review.

The following are abstracts from some of the Scientific Literature on Scrapie in Goats which some of you may find interesting.

State-of-the-art review of goat TSE in the European Union, with special emphasis on PRNP genetics and epidemiology.

Scrapie is a fatal, neurodegenerative disease of sheep and goats. It is also the earliest known member in the family of diseases classified as transmissible spongiform encephalopathies (TSE) or prion diseases, which includes Creutzfeldt-Jakob disease in humans, bovine spongiform encephalopathy (BSE), and chronic wasting disease in cervids. The recent revelation of naturally occurring BSE in a goat has brought the issue of TSE in goats to the attention of the public. In contrast to scrapie, BSE presents a proven risk to humans. The risk of goat BSE, however, is difficult to evaluate, as our knowledge of TSE in goats is limited. Natural caprine scrapie has been discovered throughout Europe, with reported cases generally being greatest in countries with the highest goat populations. As with sheep scrapie, susceptibility and incubation period duration of goat scrapie are most likely controlled by the prion protein (PrP) gene (PRNP). Like the PRNP of sheep, the caprine PRNP shows significantly greater variability than that of cattle and humans. Although PRNP variability in goats differs from that observed in sheep, the two species share several identical alleles. Moreover, while the ARR allele associated with enhancing resistance in sheep is not present in the goat PRNP, there is evidence for the existence of other PrP variants related to resistance. This review presents the current knowledge of the epidemiology of caprine scrapie within the major European goat populations, and compiles the current data on genetic variability of PRNP.

G M Cosseddu1, U Agrimi, J Pinto, A A Schudel

The bovine spongiform encephalopathy (BSE) crisis clearly demonstrated the need to keep animal transmissible spongiform encephalopathies (TSE) under control in order to protect animal and human health. Scrapie is the most widespread TSE of livestock in the world. For this reason, health authorities in different countries have elaborated plans that aim towards scrapie eradication. The unusual nature of the scrapie agent and the fragmented status of scientific knowledge about it, along with the limitations of currently available diagnostic tools, make it unlikely that the objective of eradication will be achieved in the near future. Scientific research is focused on acquiring the knowledge that will improve the efficiency of these efforts.

What veterinary practitioners should know about scrapie

Scrapie is the longest known and most widely spread of the transmissible spongiform encephalopathies and remains the model for much of the research regarding these diseases. Because scrapie is a reportable disease and the subject of an active eradication program in the United States, veterinary practitioners should have a basic understanding of the disease.

Posted by petnutritionbysmart at 6:04 AM No comments: 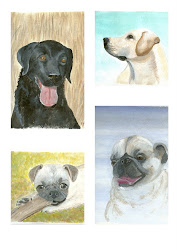 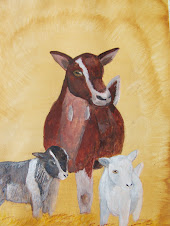